Interview with HENNA HELANDER about architecture of Helsinki

TOTO spoke with the Chief of architectural division of the City of Helsinki HENNA HELANDER. 44 years old female architect described us the process of creating  new buildings in harmony with the old city structure of Helsinki and also new trends in city planning and gives some advices to Bratislava.

TOTO: You have in Helsinki a very good combination of the old buildings and the new ones in the city. How did you as city architect manage it?

Henna Helander (HH): The turning point, in which the city planner understood, that new bildings should harmonize with the old city structure was the protest of the inhabitans of Helsinki.  It started as a new building should be built on the place, where our  first parliament took place. It was one step too much for people in the city. They protested that you can’t put down everything in the city. It was in the late 60ties , the protest gone forward in late 80ties and returned in early 90ties.The people protested, that the renaissance buildings couldn’t  be put down. Than the city planners have put protections marks on the city plan, where you can’t build buildings anymore. Now all the institutional builders wouldn’t risk to lose their fame and build something, which isn’t harmonising with the city.

HH: Whole Helsinki have a city plan, when somebody wants to  build something, they have to come to us. First we check, if it is an important place, if the architect is right fine to make this building. Then we check the plans, we have city scape council, we have there also a person from city museum, landscape and town planning, seven people altogether. After checking the plan we give a city statement, sometimes it is o.k., sometimes we give guidelines for the builder how to continue, sometimes it happens in very early stage, sometimes in the later one. The main point is, that we allways try to collaborate. Very seldom it happens, that we advise the builder to change the architect. For example once we had a problem with a shopping center that looked like a petrol station. Then I asked the investor to come, we talked together, that it was not the right way to do it, that it is not good for  their brand and that they need another architect to make this building. Another architect made it very well. Sometimes the investor will not invest a lot of money in the architect and his design of the building.

TOTO: Our capital Bratislava has a big problem. New buildings are growing in the city without harmonizing with the conception and landscape of the city. Which advice would you give to Bratislava to change it?

HH: There has to be some kind of political will to keep the value of the city. You have to understand, that you can lose the real value of the city. If you lose it, you will lose it for generations. Don’t think in periods of 50 years, you have to think in a period over 100 years, what will be happen with the city then. Our friend city is the Estonian capital Tallinn. There is a problem, that the changes happen too quickly. Tallinn has a wonderfull innercity, but they have problems with prefabricated buildings, which disturb the landscape of the city. Think about tourism, people don’t come to Bratislava to see bad new buildings, they want to see some original things. You can also do the original things, only in the way, in which you think that it is an original building. You can also have new buildings, but they should be more than a cube and you have to think where to put them. If you show a really new architecture, you have to put it a little bit out of the center, on the place, where there are not so strong appealing objects. You have to make an extra value with them. For example Tallinn has very good architects and and also very commercial ones, who do things, which have been done everywhere and their commercial buildings don’t give an extra value to the city.

TOTO: In Bratislava we have a lot of people moving from the city to small satelites or villages nearby the capital. Do you have the similar tendencies also in Helsinki?

HH: We had it in 60ties, but it changed. Now, there are more children in the middle of Helsinki than ever, nowadays people want to live more compact and live there, where city culture is and without cars. People want to have easier life and the values have changed, too. People from the generation before came to Helsinki from countryside and they wanted to move to the villas. But the nowadays generation has grown up in suburban areas and wants to come into the city.

TOTO: What are the new trends regarding the town planning and keeping the nature in the city in Finnland?

HH: We have a forest in Helsinki, which starts in the middle of the city and runs across Helsinki. It is protected and you can’t take any of its area to build a new building there. We have also a lot of parks in the city. The main principle is not to touch the green areas by the development of the city, but some areas were touching them a little bit. Also highways leading to Helsinki should be transformed into boulevards.

TOTO: In the world’s big cities there are not so many women working as Chief architect of the capital. For example in Slovakia or Eastern Europe it is not so easy for a woman to achieve such a position. How did you manage it?

HH: The building industry is always male dominated. Of course, when some people meet me for the first time, they can have some prejudices. In my team I have a half of architects, who are women.  I’m very surprised by myself, how I could manage it, but I think, I have not only professional knowledge, but also had a little bit of luck.

TOTO: Which Finnish architects would you personally recommend as inspiration for our students?

HH: For example, the architect Pekka Vapaavuori, who made the Art Museum in Estonia in Tallinn. Also the architects company ALA (www.ala.fi), which won the 2013 first prize in the open competition for proposal of Helsinki Central Library. My favorite new building in my town is the Main Library of Helsinki University, which is made by architects Vesa Oiva and Selina Anttinen. And last but not least I like Helsinki architects Rainer Mahlamäki and Ilmari Lahdelma, who designed the Museum of the History of Polish Jews in Warsaw. 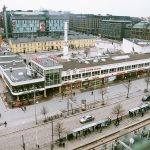 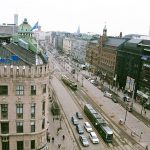 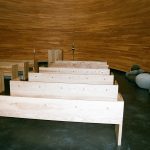 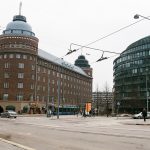 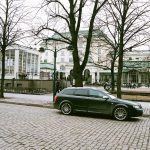 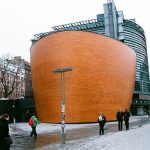 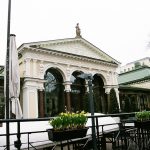 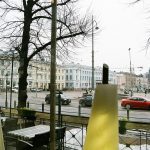 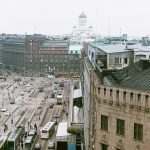